Appeal to the Public

On January 9, 2014, the Ottawa Police Service made an appeal to the public for information leading to the arrest of the man responsible for a series of sexual assaults in Ottawa over the past 17 months.

The Ottawa Police Service (OPS) has been investigating the stranger sexual assaults – which occurred between August 2012 and October 2013 – and now has evidence to connect three cases to one as yet unknown individual.

“We are asking the public to take at look at the two artists’ renderings (below) of the suspect, read his description and the description of the crimes and consider whether this is someone you know and whether you have information about these cases,” said Chief Charles Bordeleau. “Someone knows this individual and may even suspect something already. We need their help to protect potential future victims and to identify the individual responsible.”

All female victims were between the ages of 18 and 30 and were walking alone previous to the time of the attacks.

“These activities are criminal and they are never the fault of the victim,” said Chief Bordeleau. “As we investigate these cases, we have a responsibility to the community to ensure residents remain aware of the developments in these cases and are reminded of cautions.”

The description of the male is as follows: possibly of Middle Eastern descent, short dark hair, spoke English and possibly a foreign language, 20-30 years old, 5’9″ to 5’11” (175 to 180cm), slim to medium build, trimmed facial hair, thick eyebrows and a prominent nose.

According to some witness statements, he takes care of his appearance, is a neat or fashionable dresser; and in the most recent case, he was described as toned, athletic build with broad shoulders.

In the three linked cases the victims were choked. The individual may show a preference for this type of behavior in his personal and intimate relationships.

As these cases have come forward, the OPS has kept the public informed with information releases and public safety warnings. Investigators have been gathering evidence, following up on tips, interviewing witnesses, eliminating persons of interest and consulting experts from the Behavioural Sciences and Analysis Services of the Ontario Provincial Police.

Review of other sexual assault cases

Investigators regularly review cases to look for connections and, at this time, an additional seven cases are suspected but not confirmed as linked to this individual. Similarities noted include: stranger to victim assault; similar descriptors of the offender; and young woman walking alone, close to home, in darkness. 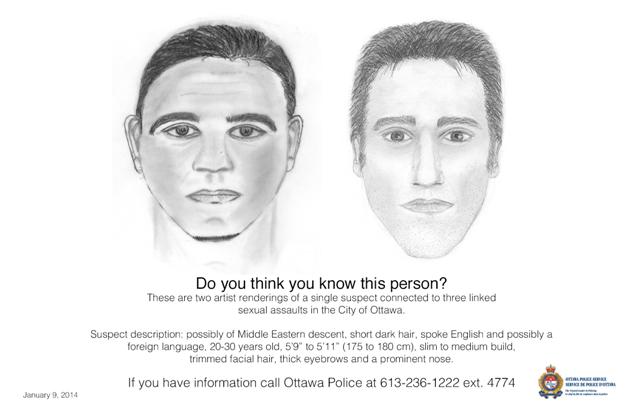 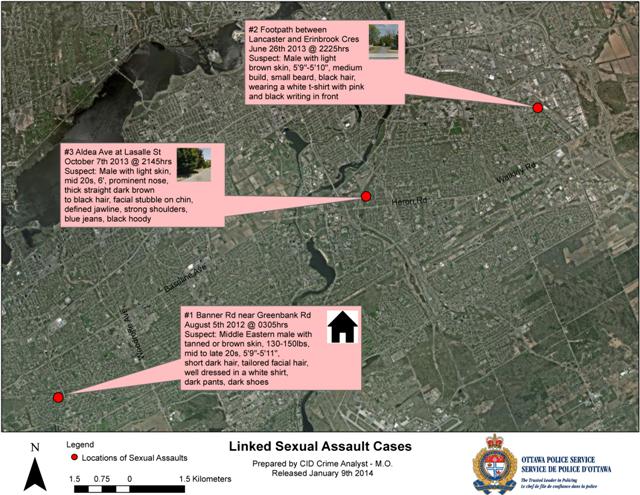